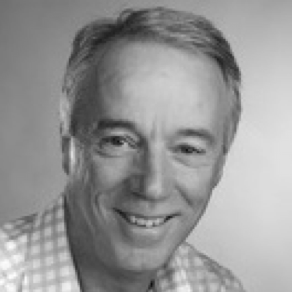 Howard held significant roles in Sales, Marketing, Product Development, Customer Service and in General Management as MD of Sony Austria and Chairman of Sony Germany. His last role as head of Sales Strategy Europe involved coordinating the implementation of global strategies across Western and Eastern Europe as well as responsibility for the major Pan European retailers such as Amazon, DSG, Media Saturn and Carrefour. He has worked locally in the UK, Germany & Austria as well as holding Pan European and Global responsibilities.

Since leaving Sony, Howard has undertaken several interim roles supporting smaller companies in areas such as product distribution, sales force restructuring as well as setting up his own online retail business. He also retains his role as a Deputy Chairman of Sony UK Pension Scheme and Chair of the Investment Committee.

Howard is at his best when focussing on the overall strengths, weaknesses and position of a company in its marketplace and building a strategic plan for the future, pinpointing what areas have the greatest opportunity and require focus and resources and which need streamlining. His broad commercial experience and knowledge in Executive & Non-Executive positions coupled with astute understanding of finance can help companies plan strategically and tactically for the future. Having worked with companies of varying sizes from start up, £1m, £40m £100m, £1bn and £7bn Howard can adapt his approach accordingly.

Some of Howard’s Projects:

•Reversed a 3-year sales decline;
•Increased market share in all categories;
•Grew sales by customer from €20k to €65k by reducing direct accounts from 1200 to 400;
•Reduced costs by 34% from €21m down to €14m;
•Developed management team and changed company culture from acquiescent to taking responsibility;
•Restructured trading terms with the Buying Groups, improving company margins by 1.5% and generating €350k reinvestment monies for identified growth initiatives;
•Grew sales with Buying Group’s to €30m, the best performance in Western Europe.

•Investigated existing Sales force practices which led to:
§Revision of basic trading terms, conditions and pricing for customers;
§Change of selling culture and processes within Sales team;
§Improved control over monies invested in dealers;
•Reviewed and implemented changes to how promotional money allocated & spent;
•Developed P&L by Customer which led to change in strategic approach to volumes sold. investment funding and customer support