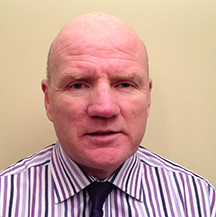 He started his sales career 25 years ago as a Sales Engineer in the electronic instrumentation field and succeeded in opening many new accounts in the UK Scandinavia, Germany and Southern Europe. Following this, Tim moved to roles including Product Sales Manager, International Sales Manager and Sales and Marketing Director for multinational organisations including Schlumberger and Voestalpine plus specific sector / project business development roles with numerous companies in the SME sector including Datron Instruments, Strainstall Group, Dasic Marine and Sensonics.

Tim specialties focus around the Sales and Marketing process, analysis / planning / sector targeting and developing realistic and achievable plans to grow plus crucially, working alongside the existing Sales teams to mentor and implement.

A few of Tim’s projects….

Tim reviewed the whole Sales and Marketing process with the long established existing team, including how current customers and key accounts were managed, how new accounts could be better targeted and profitable OEM relationships established. This resulted in an increasing international presence plus negotiating a partnership with a marine equipment supplier to distribute a key product line worldwide.

Tim initially worked for TRERail as a market sector specialist when TRERail was a growing SME within the Strainstall Group. The company had successfully traded largely with one UK customer but required some focused campaigns, both in the UK and Europe. By a targeted key account campaign the company grew exponentially from 2007 to 2011 and became the dominant UK supplier of both key product lines, largely by establishing the products as the preferred choice of the end customer. Additionally the company’s first significant large overseas order of circa €1M was secured in Scandinavia and used as the springboard to further export success.

Tim joined this organisation to support the existing sales team in widening the company reach and customer base, particularly to look Internationally with partnerships and OEM’s. He carried out a review of the current sales process, how new customers are targeted and how the value proposition could be better communicated. A number of initiatives were implemented to widen the company presence at the senior level in target customers, coupled with improved distributor management. New business was achieved with a major worldwide OEM plus strategic first orders in France, Germany, Denmark and the USA.